Another major effort is to reprogram the astroglial scar.  This is different from development, which is a process of differentiation.  Pluripotent reprogamming is a process of doing that in reverse, and lineage reprogramming is turning one cell into another kind altogether.

What this means is taking astroglial cells from an SCI scar and turning back the clock so that they become like they were when they were young.  In their aged, scar phase they’re inhibitors — but in their young phase they’re  promoters of growth. 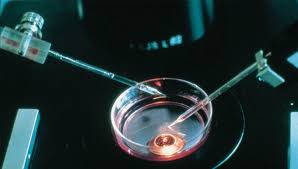 They started by establishing astrocyte cultures.  Then they chose some outcome measures, which in itself took a lot of doing. (He’s saying they needed reliable ways to know if they’d succeeded in turning back the clock.)  They landed on markers of proliferation, and what happens when ROCK is added to them, and laminin expression, and dorsal root ganglion neurite outgrowth, and migration — all of which show clear differences between old and young.

They treat their old astrocytes with factors that make them think they’re young, look young, act young.  The factors work.

This is evidence that they’ve succeeded — in a dish — in the goal of taking astroglial scars backwards and turning them from regeneration blockers to regenerations supporters.

(Next would be taking those newly rejuvenated astrocytes and seeing what happens when they’re given to animals with SCI.)

They help people with SCI in Kunming, China.
Results recently published shows only 30 subjects under spotlight for this research paper, but they have history of thousands cases in years of work of Dr. Zhu Hui and her students in Kunming Military hospital. Principles are simple: Decompression operation immediate after injury with restoring of spinal fluid flow and vigorous and hard walking therapy 6 hours a day, 6 days in a week and 6 months! Here is detailed description of walking therapy in Kunming.

A total of 30 patients with “complete” spinal cord injury or classified as American Spinal Injury Association (ASIA)-A were studied. Orthopedic treatment of the injured vertebra (e), internal fixation of the vertebral column, and bilateral laminectomy for epidural decompression were followed directly by neurosurgical management, including separation of the arachnoid adhesion to restore cerebrospinal fluid flow and debridement of the spinal cord necrotic tissue with concomitant intramedullary decompression. Rehabilitation started 17 days after the operation. The final outcome was evaluated after 3 months of rehabilitation. Pearson chi-square analysis was used for statistical analysis.

All the patients recovered some ability to walk. The least recovered patients were able to walk with a wheeled weight support and help in stabilizing the weight bearing knee joint (12 cases, 40%). Thirteen patients (43%) were able to walk with a pair of crutches, a stick or without any support. The timing of the operation after injury was important. An optimal operation time window was identified at 4 – 14 days after injury.